Paul Blanchard played on his first ever guitar on his eleventh birthday. In just a few weeks the self taught guitarist was playing along to the hit records in the charts.

Paul lived in Milton Street, York, where a neighbour David King used to practice with his group in his mother’s front room. Paul would stand in the street outside Dave’s, listening to the band, and dreamed of being a member. Ironically, and unknown to Paul, his own playing talent had been spied upon by David. To Paul’s delight, Dave invited him to be the lead guitarist in his band, known as ‘Dave King and the Courtiers’.

The year was 1960, and Paul, 15 at the time, had to pretend to be older to be allowed into gigs. The band supported many well known 60’s artists at York’s ‘SS Empire’, including ‘Johnny Kidd and the Pirates’ (who were number 1 in the ‘hit parade’ with their record ‘Shaking all Over’), and ‘Vince Eager’, another well-known recording star.

In the August of 1960, Paul’s guitar playing skills had been noticed by the management at York’s Theatre Royal, who were producing a play called ‘Rock Bottom’. Paul passed the audition and became the music for the entire production. The play starred Conrad Monk, Beth Harris, and Jean Alexander, who later became well known as Hilda Ogden in Coronation Street. Still aged only 15, Paul had made his mark as a competent and respected guitarist on the York music circuit.

In 1963, Paul and his vocalist friend Alex Bladen-Hill formed an exciting new group, called ‘The Cheavours’, and began to take York by storm. It was during 1964 that the band recorded their only record, ‘Bye Bye Johnny’, a cover version of the Chuck Berry song, at a recording studio in Leeds.

After the group split up in 1965, Paul kept the record in the attic and eventually forgot about its existence. Years later though it was discovered when the family moved house. Badly scratched, the record was restored in 2002 by Traford Reeder, at Twevetrees Recording Studio in York. It was also decided to make an extended and re-recorded version of the song. This track was produced and mixed by George Hall of York, who also adds the piano and joins Bev Corner-Walker and Bernardette Warren in providing the additional backing vocals.

Paul’s interest in music has continued throughout, and in 1984 he promoted the first York Rock Festival held at York’s racecourse on the Knavesmire. The event was the largest music event staged at the time at York, when over 20,000 fans flocked to see such well known groups as Echo and the Bunnymen, Sisters of Mercy, and Spear of Destiny. Paul is still a keen guitarist today, and has added classical, Flamenco, and Jazz, to his repertoire. 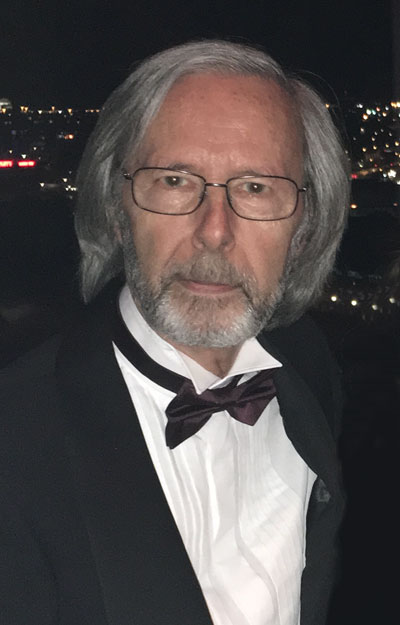